Los Cabos is a Pacific destination in Mexico where expeditions to contemplate underwater wildlife are quite popular. In open sea, there is a considerable number of sharks in Los Cabos to see by taking some of these tours. Are you brave enough for this adventure? These are 3 shark species to see in Los Cabos. 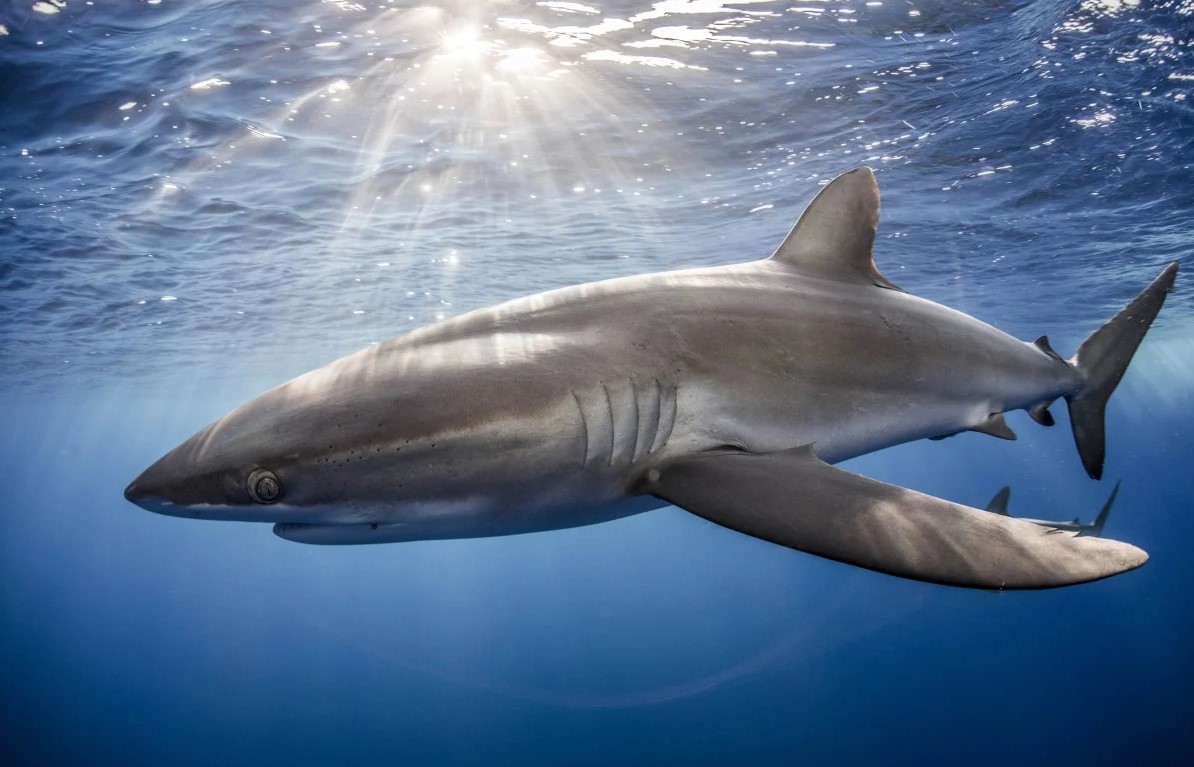 Image via Save Our Seas

Dark gray with tan highlights on the back and white on the belly. Silky Shark dorsal fins tips are darker than the rest of its body. It is a very active and fast type of shark. It usually prefers warm waters (around 23 °C), has a slim body and can be found in tropical waters around the globe.

Highly migratory. They grow slowly, reach maturity relatively late (at between 7 and 15 years for females), have a long gestation period (between nine months and a year) and produce a small number of baby sharks (4-18 per litter). They tend to be sized around three meters and live for about 20 years. Relatively softer than that of other species. It can be seen offshore in the Cabo San Lucas area. 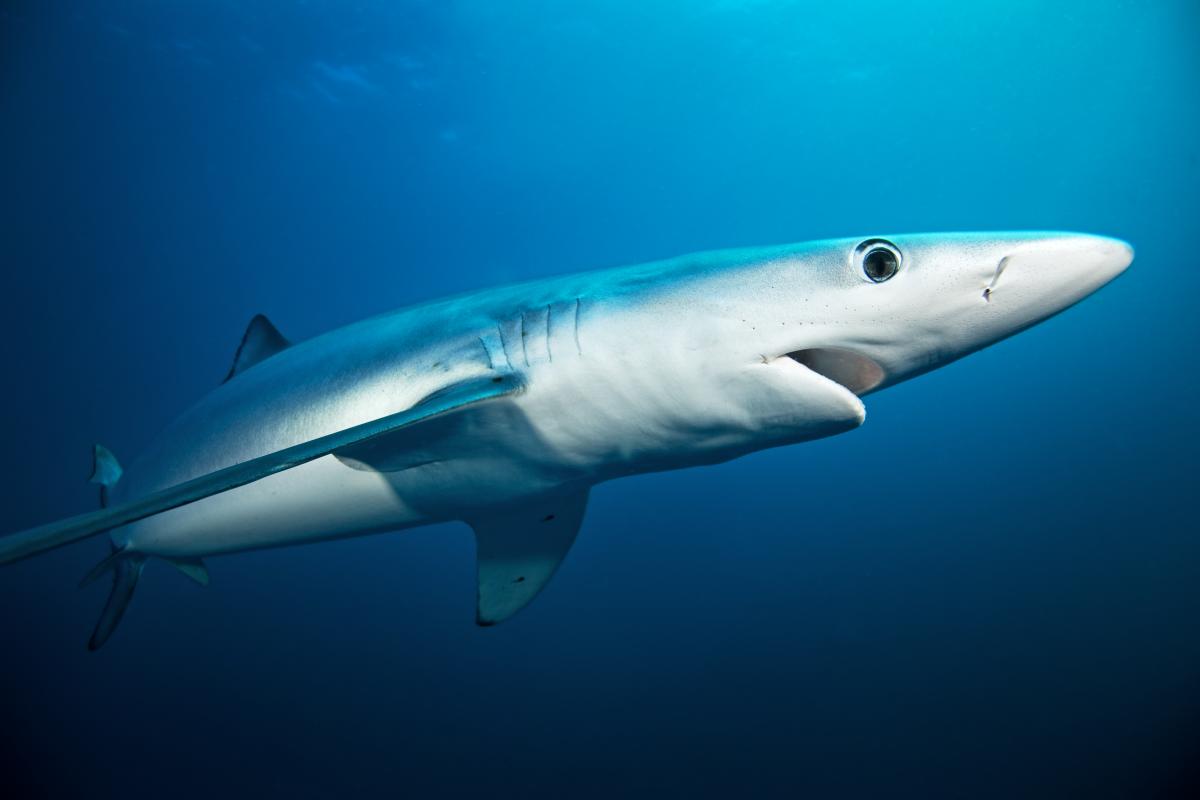 It is a cosmopolitan pelagic shark with a smooth back, beauty and elegance thanks to its hydrodynamic body shape. They have a dark blue back, a lighter blue on the sides, and a white belly. It has an elongated, cone-shaped snout. Its teeth are tall, narrow and slightly curved, triangular in shape and with serrated margins.

Curious fact about this species is that females have considerably thicker skin to resist bites during courtship. Its reproduction is said to be seasonal. Gestation lasts approximately less than 12 months, and they have litters of about 35-40 young. It is a more active species at night and makes migrations related to its reproduction and the capture of its prey. It can also be found in the Cabo San Lucas area. 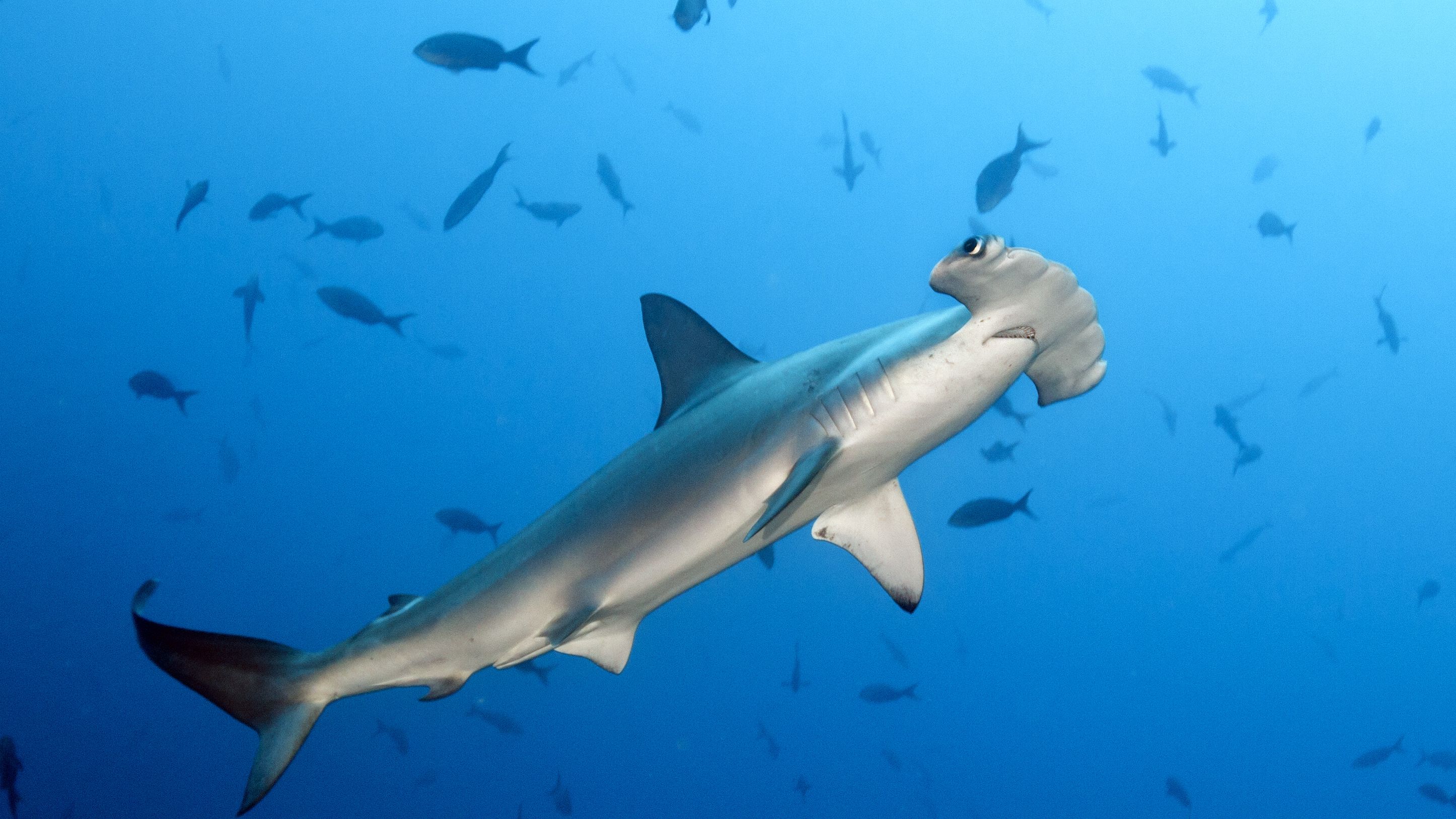 It is usually found between 0 and 200 meters deep. It lives in coastal areas and in the open sea, both in temperate waters and in tropical waters. Its coloration is greyish with all between brown and greenish in the dorsal part and lighter in the ventral part. It can reach a maximum size of between 3 and 4 meters.

The youngest usually go in large groups when they migrate, and move away from the coast, while the adults follow the opposite pattern. They are very active swimmers. It can be found in Cabo San Lucas.

Well... We said 3, but this list couldn't be complete without the big one, the impressive... 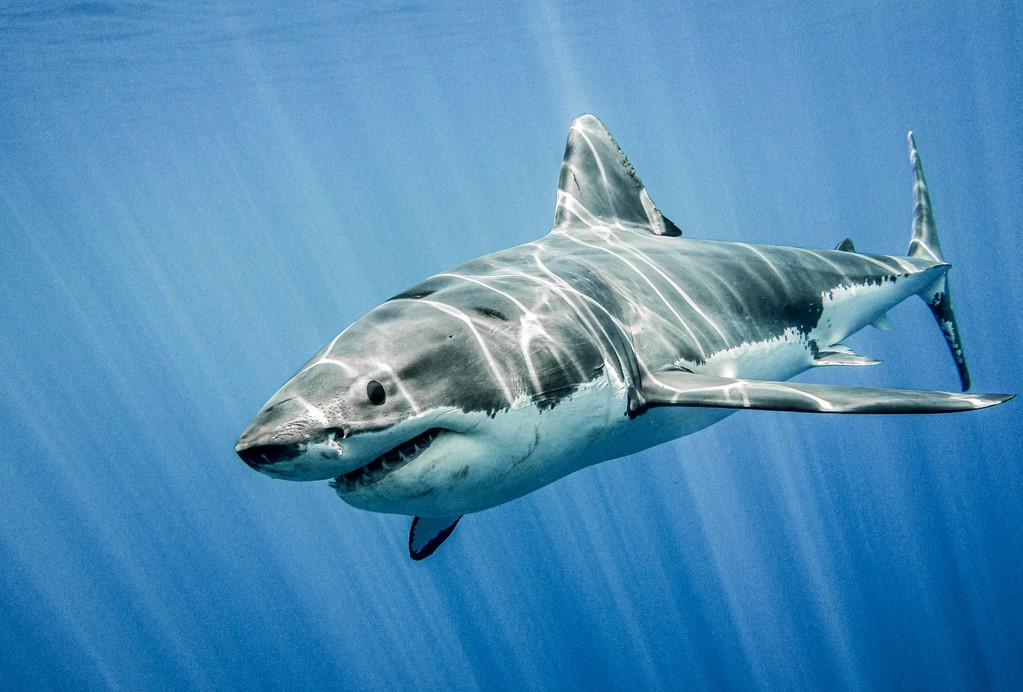 This one lives in the warm and temperate waters of practically every ocean. The only shark of the genus Carcharodon which still survives. Characterized by their great robustness.

White sharks' jaw strength can be about three hundred times more powerful than the human one. Its scientific name "Carcharodon carcharias" comes from the Greek words "karcharias" which means "sharp" and "oudas" which means "tooth". It has about 3 thousand teeth of up to 7 cm. A theory points that it shares a common ancestor with the Megalodon.

Having a white belly helps them, when viewed from below, to be confused with the clarity of the sky. Also when viewed from above, the dark colors help them blend into the darkness of the depths. They can locate their prey by sensing their electrical charge, and reach 6.5 meters. It is worth mentioning that white shark attacks on humans are extremely rare. This species can be seen around Guadalupe Island, which is not Los Cabos per se, but is still relatively close.

If you dare to dive with sharks in Los Cabos by one of these expeditions, you can get more information on Cabo Shark Dive, Shark Encounters Mexico and Blue Water Dive Travel.

Don't forget to book your transportation in Los Cabos ahead so you can focus in preparing psicologically for the expedition.